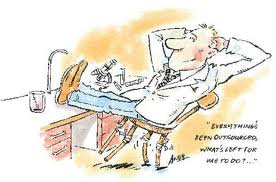 Posted by Palmer Financial at 11:36 AM No comments:

“SPRING CLEANING” TIME FOR YOUR FINANCIAL RECORDS: WHAT TO KEEP AND WHAT TO THROW AWAY

It’s that time again for “spring cleaning” of company financial records. For those company pack rats, this can sometimes be major challenge. What to keep? What to store off site? What to destroy? Inevitably, most people will just throw their hand up in the air and decide to keep everything just one more year. Here are a few tips:

Create a Retention Policy and Stick to It: Designate one person to have the responsibility to determine retention periods to approve record destruction and the destruction method and to set record retention policies and procedures. Then, stick to the designated plan.

Make Sure Archived Records are Retrievable: Records are to be maintained in a safe and retrievable place for the duration of the retention period/policy created above. Where possible, all records should to be scanned and a PDF copy kept as the supporting documentation. Go paperless as soon as possible!

Soft Copy Records Should Be Useable: The physical ability to process/use retained records must also be maintained. If new computer systems are placed in service, any preexisting records should be converted to a format that is compatible with the new system.

Test Your Backup: Magnetic media should be tested on a sample basis at least once a year to determine whether information has been lost. Backups of magnetic records should be kept at a separate location from the primary records.

Clearly Marked Destruction Date: The destruction date shall be clearly marked in all records that are maintained at an outside storage facility. All file boxes should contain complete lists of their contents. Please note that a copy of all file box listings should be maintained by the Company. It is important to file records with similar destruction dates in the same file boxes. Here is a suggestion:

This post also appeared on Denise O'Berry's blog here.
Posted by Palmer Financial at 7:13 AM No comments: